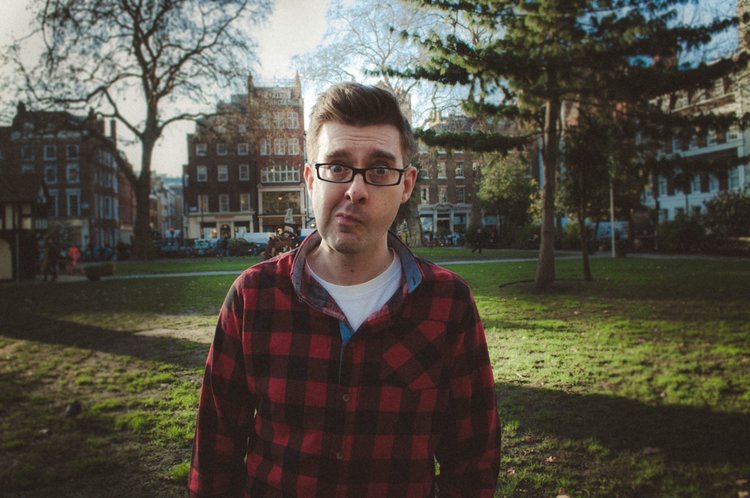 Simon James Green was born in Nottingham and grew up in Market Rasen, Lincolnshire. He read Law at Cambridge, before becoming a trainee director at the King’s Head theatre, Islington, then went on to work on a range of West End shows and UK tours, including End of the Rainbow, Rocky Horror Show, West Side Story, Rent, The Taming of the Shrew, and over ten productions of the smash-hit comedy, Art. His screen directing credits include Cubicle Two (official selection, Palm Springs Film Festival); and Hollyoaks (C4).

With screenwriting partner Sarah Counsell, Simon co-wrote Rules of Love, a feature-length teen rom-com for BBC2, which has since sold around the world.

Simon’s debut YA novel, Noah Can’t Even, was published in 2017 by Scholastic, and was quickly optioned for TV. Winner of the Wirral Book of the Year award, and selected by WHSmith as one of the most important LGBT books of the last 50 years, Noah Can’t Even has also been published in Brazil, France and Poland.

Noah Could Never was published in 2018, along with the short story, Noah Goes Nuclear, which is available as a free download.

Simon’s latest YA novel, Alex in Wonderland, was nominated for the Carnegie medal 2020, featured in The Guardian’s Top 100 Holiday Reads and Best New Kid’s Books 2019, and was picked by Attitude magazine as one of the best LGBTQ+ books of the year. 2020 sees publication of Simon’s fourth YA novel, HEARTBREAK BOYS, as well as his debut picture book, LLAMA GLAMARAMA, (illustrated by Garry Parsons), and first middle-grade novel, LIFE OF RILEY: BEGINNER’S LUCK.